Open Up Your Heart to Mitski: ‘Laurel Hell’ Review 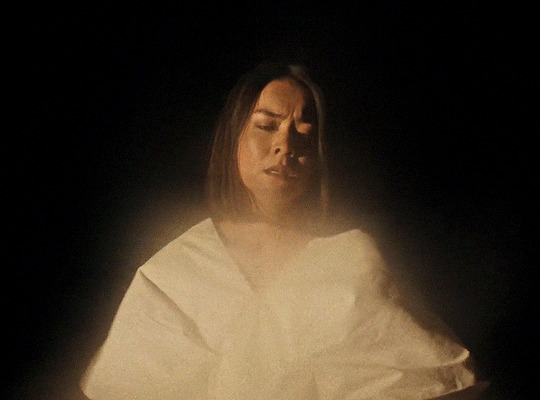 Every so often, an artist emerges from comfortable semi-obscurity into the consciousnesses of millions. There’s a cultural reckoning involved — the mainstream must adjust its palette to suit the new direction or a new audience is projected into the mainstream. The pandemic provoked a cultural cataclysm, and time at home acclimated young people to the indie-rock ballads of Japanese-American singer-songwriter, Mitski.

Between the releases of Be The Cowboy and Laurel Hell, Mitski accidentally grew a devoted following. After announcing her departure from social media, songs like Nobody and Washing Machine Heart and Strawberry Blond began to trend on TikTok and streams ascended — introducing a new adolescent audience to Mitski and opening herself and her music to increased analysis and scrutiny. On Laurel Hell, she sets the record straight.

An origin story reprinted countless times: Mitski Miyawaki as a daughter of a State Department worker that found herself moving continents often, discovering a permanent home in her music. Laurel Hell opens by revisiting Texas, the setting of her 2014 Bury Me At Makeout Creek album opener. The new Valentine, Texas continues themes of identity and escapism established in Texas Reznikoff. Eight years later, Mitski matures into something more contained and declarative as she calmly asks, “Who will I be tonight? / Who will I become?”. Her evolving identity gives her a sense of power, and the freedom she discovers saturates the entire tracklist.

Personal liberty can not separate artists from the realities of making art under capitalism, leaving Mitski Working for the Knife. The overwhelming synths lure the listener into Mitski’s world, a world as honest as it is excavating: “I always knew the world moves on,” she admits, “I just didn’t know it would go without me”. Mitski has never shied away from sincerity, but Working for the Knife releases her from the metaphorical into new volumes of authenticity.

The fourth track of the album, Everyone consummates Mitski’s journey out of late teenage rebellion. She draws a memory from before she decided to live for art: “Everyone said ‘don’t go that way’ / So, of course, to that I said / ‘I think I’ll go that way’”. Now, as an established musician with a successful career, Mitski grapples with the understanding that her nay-sayers were just protecting her from the exploitation and struggle of the music industry. She characterizes a younger version of herself —  a voice we have heard in some of her earliest projects —  as reckless and naive: “I didn’t know that I was young / I didn’t know what it would take”. As the song progresses, the steady sanguine beat becomes the ticking of a clock, counting down her intense coming of age as it lulls into the actuality of becoming wiser.

After Your Best American Girl was homogenized by critics and listeners alike as another coup d’état against the white establishment, Mitski released a statement contextualizing the 2016 song: “I wasn’t trying to send a message. I was in love.” Her discography has always anchored its weight on love, but Love Me More —  another highlight of her new album — casts love as indispensable to existence. The chorus insists on the innate human desire to be loved: “I need you to love me more / Love me more, love me more / Love enough to fill me up”. As an artist impelled to capitalize on her own emotion, love is utilitarian for Mitski — it has the power to “drown it out” and “clean me up” and suffocate and set free.

Very early in her career, critics decided that Mitski’s art was something outside of her, that unrestrained lyrics and melodies commanded her to write and produce and create. In There’s Nothing Left for You, Mitski envisions an empty room illuminated by her love, a room Mitski maintains absolute control of. Her former lover can only observe from outside as the love that once made them powerful is taken away: “You could touch fire / You could fly / It was your right / It was your life”. Her voice grows stronger and the instrumentals raise her to the ceiling as she reclaims her artistic power from the spectators.

Laurel Hell resolves itself at its conclusion, a song Mitski calls That’s Our Lamp. Buoyed by trumpets and disco motifs, That’s Our Lamp signals the end of a troubled relationship that leaves Mitski with souvenirs of devotion. It circles back to Valentine, Texas to redefine the location of her love: “That’s our lamp / It shines like a big moon / […] / That’s where you loved me”. She sums complex emotion and desire into a few objects — an apartment, an empty street, a lamp, the Moon, a room — and absorbs the last ten distinct melodies into an endlessly upbeat final composition of love after loss.