BigFoot, The Loch Ness Monster, Senioritis and other Legends 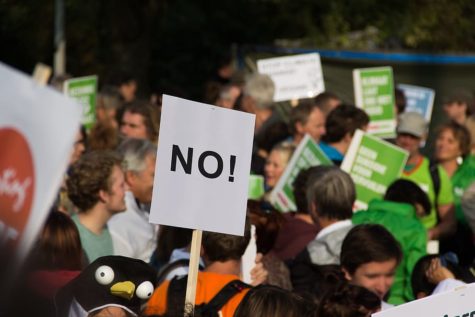 Some would argue that Senioritis isn’t a real thing. Assistant Principal Ms. Becker even said so. Holding a microphone to her chest front and center on the Theatre stage, she proclaimed, “Senioritis is not a real thing for Carver Center students. You must finish strong.” What was intended as an uplifting message has since received backlash across the Carver Center community.

“What do you mean it’s not real?” says one teacher (who would like to remain anonymous), pointing to the empty row in the back of his first period class. “I haven’t seen a senior in months! I don’t even remember their names…”

“I mean, maybe it’s their first class after release time for a few, but …they just kind of stroll in whenever,” said Mrs. Mlinek.

An English teacher reported that she hasn’t received a single assignment since the student body returned from Winter Break.

Seniors, however, have taken it to social media. Pictures of a student holding a sign with the words “FREE US” in the Commons have begun to circulate Instagram.

The masses have gone to the streets. Flyers advertising a march have appeared, mysteriously around the school, with the words “SENIORITIS IS HERE TWO STAY. DEAL WIF IT.”