A Love Letter to Netflix’s ‘Heartstopper’ 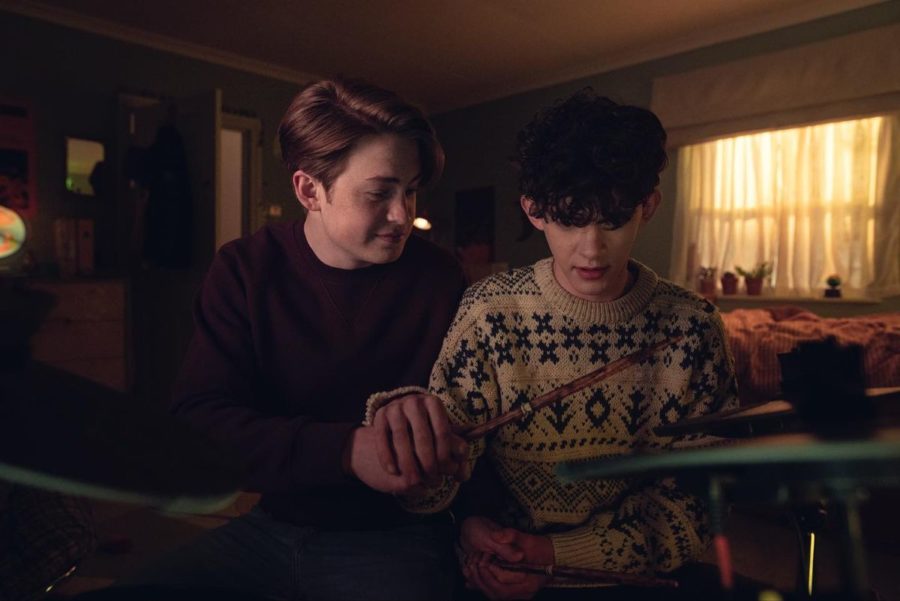 Since its humble beginnings as a webcomic, Netflix’s new show, Heartstopper, has always been a classic love story. It’s unapologetically formulaic, indulging in all the clichés that have come to define the teen romance genre. But what sets Heartstopper apart as a worthy obsession is its eagerness to embody an ongoing evolution of love in media.

Heartstopper erupts into romantic fantasy with a meet-cute. Our hero, 14-year-old Charlie Spring (Joe Locke) is introduced to his love interest, 16-year-old Nick Nelson (Kit Connor)  as assigned seat partners in homeroom. Earnest introductions (“Hi.” “Hi.”) spark instant juvenile attraction — all giggles and smiles and innocence. A montage plays of the two boys passing each other in the halls, eagerly acknowledging each other as their mutual affection grows. One scene invites the audience into Charlie’s crush as we watch his fantasy of being asked out by Nick play out beneath pulsating rosy pink lighting and gradual zooms. It presents the characters as they truly are — Charlie as the hopeless romanticism that saturates youth, and Nick as a universal symbol of infatuation for a new generation.

No show celebrates modern adolescence more thoroughly than Heartstopper. Most of the main actors are teenagers, a welcome departure from the standard 20 or 30-something gracing our screens as supposed high schoolers. The characters themselves also engage authentically with the 21st century —  love in the Digital Age materializes as the warm glow of phone screens in dark rooms. We watch characters thoughtfully compose Instagram DMs, careful not to expose too much of themselves, the show relying on shared generational experience to fill in what’s left unsaid.  Like any coming of age experience, Heartstopper derives its conflict from the awkwardness of self-discovery. When a character is confused about his sexuality, he turns to the Internet and its catalog of information — from Am I Gay? quizzes to YouTube coming out videos. Amidst the passage of Don’t Say Gay and other attacks on queer youth, Heartstopper weighs self-acceptance heavily on the journey into self-actualization.

Even the soundtrack pays tribute to the latest teen indie music afflictions. Britain’s Official Charts reports that songs featured on the Heartstopper soundtrack have boasted a major increase in listeners and streams following the show’s release. Many of the songs spotlighted by Heartstopper’s success are proud love songs (girl in red’s girls or Frankie Cosmos’ Sappho); others are indie classics (mxmtoon’s fever dream or ella jane’s nothing else i could do), and the combination has the effect of uniting different communities together under a single story.

Of course, Heartstopper could not exist without the efforts of other queer stories and storytellers. The influence of coming of age films like But I’m a Cheerleader (2000) and Moonlight (2016) has carved a space in the mainstream where an exuberant queer romance can not only survive, but thrive in the competitive market for teens’ attention. And while its prevailing vision may be unattainable for many teenagers, Heartstopper represents what our media could be — manifestations of a better world where every young person can have a great love story.