What You Need To Know about Joe Bidens Presidency 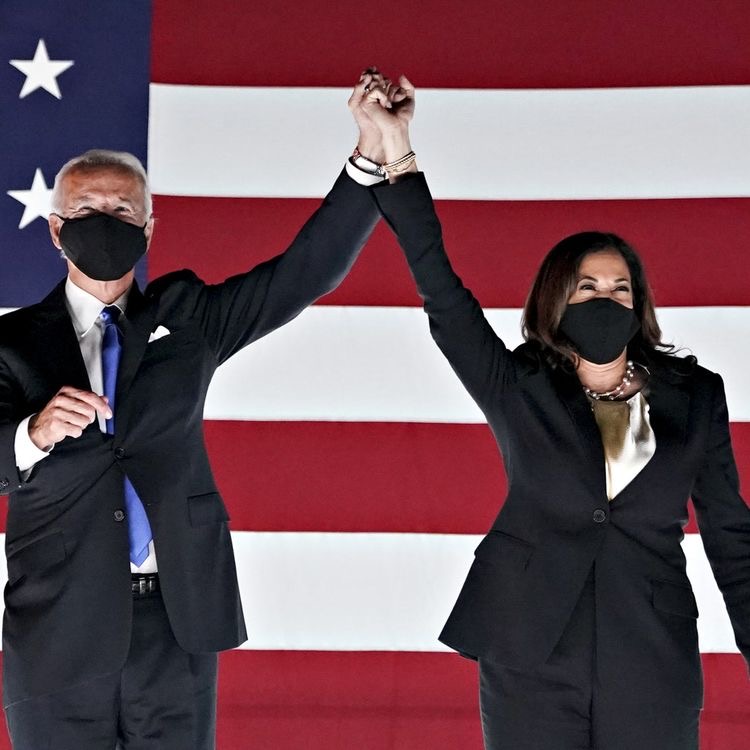 Joe Biden, “the scrappy kid from Scranton”, is what President Barack Obama would call him, has been in politics for most of his career. Born in Scranton, Pennsylvania on November 20th, 1942 to his father, Joseph Biden Sr, and his mother Catherine Eugenia “Jean” Finnegan. Biden’s parents taught him to fight, to work hard and to persevere. His parents would often say “Champ, the measure of a man is not how often he is knocked down, but how quickly he gets up” or “Bloody their nose so you can walk down the street the next day!” when he was faced with hard times or bullying due to his studder. Biden’s family were devout Catholics and they worked hard to be able to send him to St. Helena School and later accepted to Archmere Academy, where he had to contribute by washing school windows and weeding school gardens to help afford the tuition. Later he attended the University of Delaware, where he majored in political science and played football. After graduating University of Delaware, he was accepted into the Syracuse University Law School in 1965. While he was lawyer in his own firm, he became an active member of the Democratic Party, and in 1970 he was elected to the New Castle County Council. In 1972 the 29-year-old Biden ran against the Republican J. Caleb Boggs for the United States Senate. In November, with the help of his family as his campaign team, Biden won and became the fifth-youngest U.S. senator elected in the nation’s history. He served in the senate until 2009. In 2007 he ran for President but dropped out when he only got 1% of the vote and then was later asked to be the Vice President to the candidate in the lead, Barack Hussein Obama. They won and Biden went on to serve 2 terms as Vice President of the United States of America.
Throughout all the ups and downs Joe Biden has experienced in life love and kindness always prevails. On May 30, 2015 Joe Biden experienced the loss of his beloved son Beau Biden. Beau closely followed in his father’s career footsteps. After his death his memory lived on as he is mentioned often in his father’s speeches. This is not the first time he has dealt with tragedy, in 1972 just after his victory in the Delaware senate election Biden’s first wife Neilia and their 1- year- old daughter Naomi died in a car accident. He took his oath of office at the hospital where his two young sons beau and Hunter were recovering. At 30 he became single parent his sons. In 1975 While going through his heartbreak joe met Jill Tracy Jacob, their connection was instant. Dr Jill Biden is most known for her years as an educator, her work as second lady, and for being one half of a political power couple. Her back round as an educator and former second lady certainly prepares her for her new role as the first lady of the United States.
After four controversial, racist, narcissistic years of the Trump administration, and taking 4 years off from politics, Biden was encouraged to run in the 2020 election for President of the United States. Choosing fellow democratic candidate, the Senator from California, Kamala Harris as his Vice President and in a free and fair election he triumphed. Winning the Electoral College with 306 votes to Trump’s 232 and winning the popular vote by 7,059,741. As soon as all members of his cabinet are confirmed, which should not be a problem, since the House and the Senate have also gone to the Democrats, Joe Biden will have the most diverse cabinet in U.S. history. Neera Tanden who’s parents immigrated from India, has been appointed as Director of the Office of Management and Budget, preparing the administration’s budget proposal to Congress, and reviewing all regulations proposed by agencies. Pete Buttigieg has been appointed Secretary of Transportation. He is the former mayor of South Bend, Indianna and was an intelligence officer in the U.S. Navy Reserve who served in Afghanistan in 2014. Buttigieg would be the first openly LGBTQ person in U.S. history to have a permanent Cabinet role. Deb Haaland has been appointed to the position of Secretary of the Interior. She will oversee public and federal lands and their natural resources, the Bureau of Indian Affairs, the National Park Service and the Fish and Wildlife Service. She is one of the first two Native American women to serve in Congress. If confirmed, she will be the first Native American person in a Cabinet role. And last but certainly not least, one of my favorite pics, Symone Sanders! Strong, black, intelligent, and beautiful! She will be the Chief Spokesperson for the Vice President. She will be speaking on behalf of the vice president with the media. Symone was a senior adviser for Biden’s campaign. She previously was the press secretary for Vermont Sen. Bernie Sanders on his 2016 presidential campaign.
Of the most diverse is none other then Biden’s pick to be his running mate, his ride or die, the second runner up to the throne, the outspoken Senator from San Francisco, California, Kamala Devi Harris. Pronounced like the punctuation mark (Comma- La) Kamala will be the first African American, first South Asian American and first Woman Vice President the United States has ever had. Born October 20, 1964 in Oakland, California to Donald Harris of Jamaica, United States and Shyamala Gopalan Harris of India. She attended Howard University 1986, and then later attended UC Hastings College of the Law in 1989. Prior to her election to the Senate, she served as the attorney general of California. Harris sought the 2020 Democratic presidential nomination but dropped out of the race prior to the primaries later to be offered the VP spot along side Presidential candidate Joe Biden.

No matter the state of the COVID-19 pandemic on the day Biden and Harris take office, their administration will listen to science, ensure public health decisions are informed by public health professionals and restore trust, transparency, common purpose, and accountability to our government. The Biden administration will tackle COVID-19 head on by making testing widely available and free for everyone in America. He proposes implementing a mask mandate and issuing economic stimulus checks to everyone that has suffered from the covid-19 pandemic.
The Biden administration brings experience, intelligence, dignity, and respect. Something this past administration lacked. His cabinet has been here before. Many worked under Obama, Clinton and even Bush in the past. There are already established friendships and relationships with world leaders across the globe. Allies are proven to be very important especially when it comes to protecting our climate and our planet. This administration consists of people who have played important roles in past policies like DACA, The Dream Act, and The Affordable Care Act. Our country needs to heal, and it needs someone willing to improve bipartisan relations. I have a lot of hope for 2021 and am very excited to see the U.S.A. prosper and grow from all this darkness from the past 4 years.