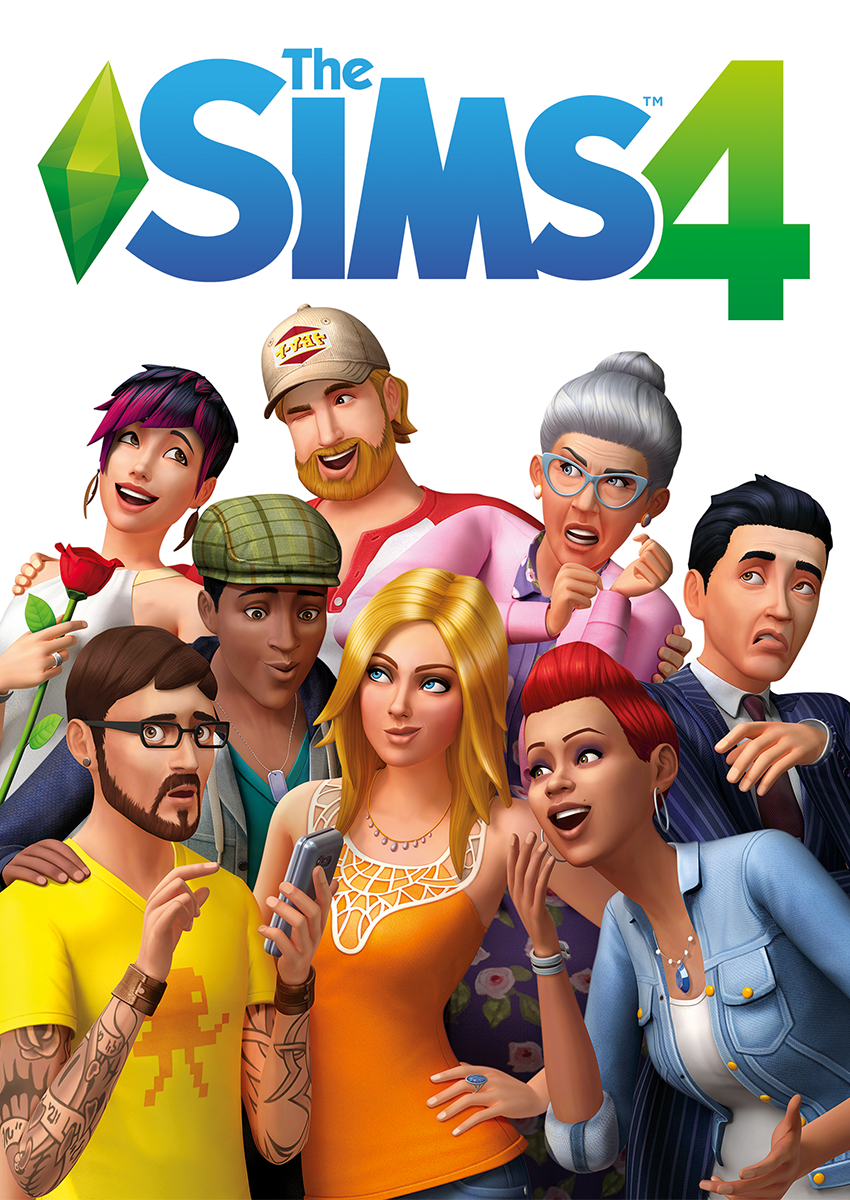 The year is 2014, the month is September, and the air is thick and impenetrable as you drag your reluctant father’s hand through the parking lot of Walmart. The glass doors slide open and you smell the air. It is crisp and plastic, the lights a bright white—almost green. Your little feet scamper across the white linoleum as you race to the back of the building, your heart slams against the sides of your chest, and you can almost taste the excitement in your gums. On the shelf, in neat plastic wrapping, is the newest version of the game that you’ve already poured hundreds of hours into, The Sims 4.

Cut to present day, almost a decade later, and The Sims 4 no longer holds the incandescence it once did. As the longest running Sims game in the franchise- older than its predecessor by three years- The Sims 4 is still chock full of bugs, and Simmers across the world are beginning to get unruly. Where did the franchise go so wrong? And how come Simmers are still around? Let’s talk about it.

The Sims franchise has been around for over twenty years now and has thrived ever since. The Sims is a simple concept: the ability to play with life. But somehow the Sims has garnered over 200 million sales, ranking as the 10th best-selling video game franchise of all time. Electronic Arts, the producer of The Sims, has employed a genius business model.

The Sims is so popular because it gives players the chance to play with life, that means that the bounds are limitless– well, almost limitless. As long as the player is willing to spend money on downloadable content (DLC), the player can do almost anything in the game. Whether that takes the form of ghost hunting or going to college, the player can do whatever they please as long as they are willing to buy more DLC. 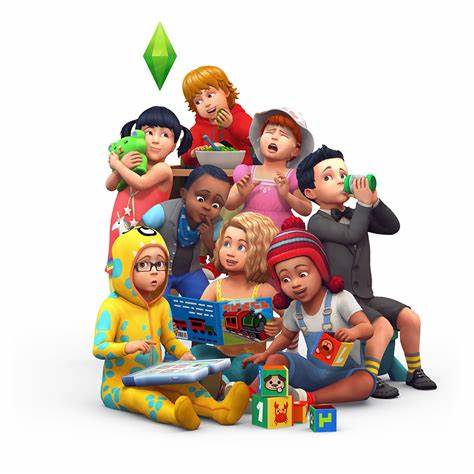 The Sims 4 is different in many aspects than the rest of the franchise. For one, players have been complaining about the base game for years. When the Sims 4 was originally released there were only six age progressions from infant to elder, where EA had nixxed the entire toddler age group. This received a lot of backlash– many players speculated that toddlers would have to be DLC, or essentially bought into the game. This crucial component that the other Sims games originally had was lost in the Sims 4, but luckily with an update almost three years after release, toddlers were finally brought into the game, along with a brand new Toddler Stuff pack. This is just one key component of the game that was lost in Sims 4, and fans have much more to complain about.

For one, The Sims 4 was released without cars. This could be justified with the fact that The Sims 4 is a closed world game (meaning players hit a loading screen to travel anywhere), but The Sims 2, another closed world Sims game, contained cars as well. In addition to this, The Sims 2 contained probably the most animated car gameplay in the entire franchise. Sims had a loaded animation for getting in and out of the car, which even included letting in or out pets. In The Sims 3, teens could learn how to drive with their parents, the car’s jolty movements slowly becoming smoother as they gained skill. These components may seem small, but they’re huge to a loyal fanbase of almost twenty years, and each added game is supposed to be an improvement upon the franchise. Unfortunately, these small and lost details are what make The Sims 4 so continually disappointing.

The Rise and Fall of DLC

In the Sims 4 there are four types of downloadable content: expansion packs, game packs, stuff packs, and the newly not-so-well-received kits. Expansion packs are the largest and enter the market at around 60 dollars. In these packs players gain additional gameplay options, more customization in create-a-sim (CAS), and more build/buy items to decorate their lots. Game packs contain a smaller version of this at around 20 dollars per pack, and stuff packs have even less, maybe a handful of CAS items or an added aspect of gameplay at 10 dollars. Kits, which were released just last year either have clothing items, building items, or gameplay items. These are “bite-sized” packs at just 5 dollars per pack, meant to hold players over as they await the bigger releases. 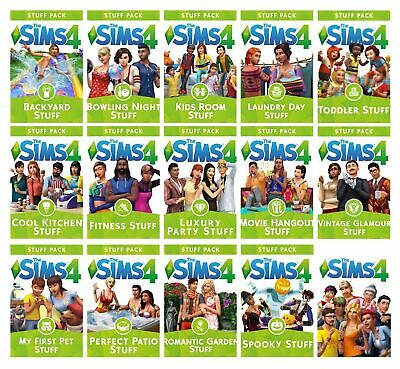 The truth is The Sims 4 has become boring. There’s a reason why each Sims game normally only has a shelf life of about 5 years, because the base game gets boring. For players who can’t afford DLC, there is only a small amount of updated game content to play with. And even for players who do buy DLC, the novelty of a new pack normally only lasts a month or two; sometimes even less for packs like Strangerville or Vampires, which aren’t very replayable.

To talk about the rise and fall of DLC in The Sims franchise we need to look back at previous games. The Sims 3 had eleven expansion packs and nine stuff packs and compared to The Sims 4 that seems like nothing. In total The Sims 4 has eleven expansion packs, ten game packs, eighteen stuff packs, and nine kits. Without EA’s numerous sales or bundles, this would add up to $1,080 in just extra content. The Sims 4 expansion packs are watered down and divided amongst smaller packs. In a viral tweet from a few years ago, a player broke it down just like this: The Sims 3 Late Night contained vampires, a brand new city, hot tubs, celebrities, apartments, and more gameplay items. To get a similar experience in The Sims 4, players must buy Get Famous, Vampires, Perfect Patio Stuff, and City Living. By breaking down what once was one $40 expansion pack into four separate packs, this adds up to about $150. So not only is this extra content vital to playing the game, but the expansion packs are watered down and overpriced.

A Lack of Complexity

The Sims 4 lacks these small components, but also lacks a necessary depth that gives the game momentum. Not until 2020 did players receive Lifestyles with the expansion pack Snowy Escape. These create an in-game memory system for the sims, meaning that if their partner were to cheat on them, they wouldn’t immediately get over it. If a sim particularly enjoys going outside they might get the lifestyle “Outdoorsy.” These sims will get moodlet bonuses when outside. The addition of lifestyles was meant to complicate the game; make the sims we play with more complex. The problem with lifestyles is not that they were added to the game, just that they were added far too late. It took EA six years to roll out this update, which was essentially already included in The Sims 2 with a complex memory based system, where Sims would log interactions that would further complicate their character and story.

Although it isn’t 2014 anymore and I’ve changed in many ways, the reminiscent swirl of plumbobs and simlish “hello’s” make my heart swell with excitement and joy. With over 5000 hours logged into the Sims franchise, I find it a way to connect with my past self. Creating a family, building a house, opening a bakery, I could do all of these things in the Sims over and over again, and while yes, I’ll lose interest at some point, it is inevitable that my interest will pique again and I will find that further warmth and comfort from my favorite game, played at my earliest stages of development.

The Sims’ loyal fanbase is why the franchise will continue to thrive for years to come. The truth is, The Sims will forever hold a place in my, and many other’s hearts. Many players grew up playing the earlier renditions of The Sims, and the nostalgia of a game that can constantly be recreated is addicting. So, with welcoming the new year Simmers will also welcome another year of hoping for a new edition to our beloved franchise.